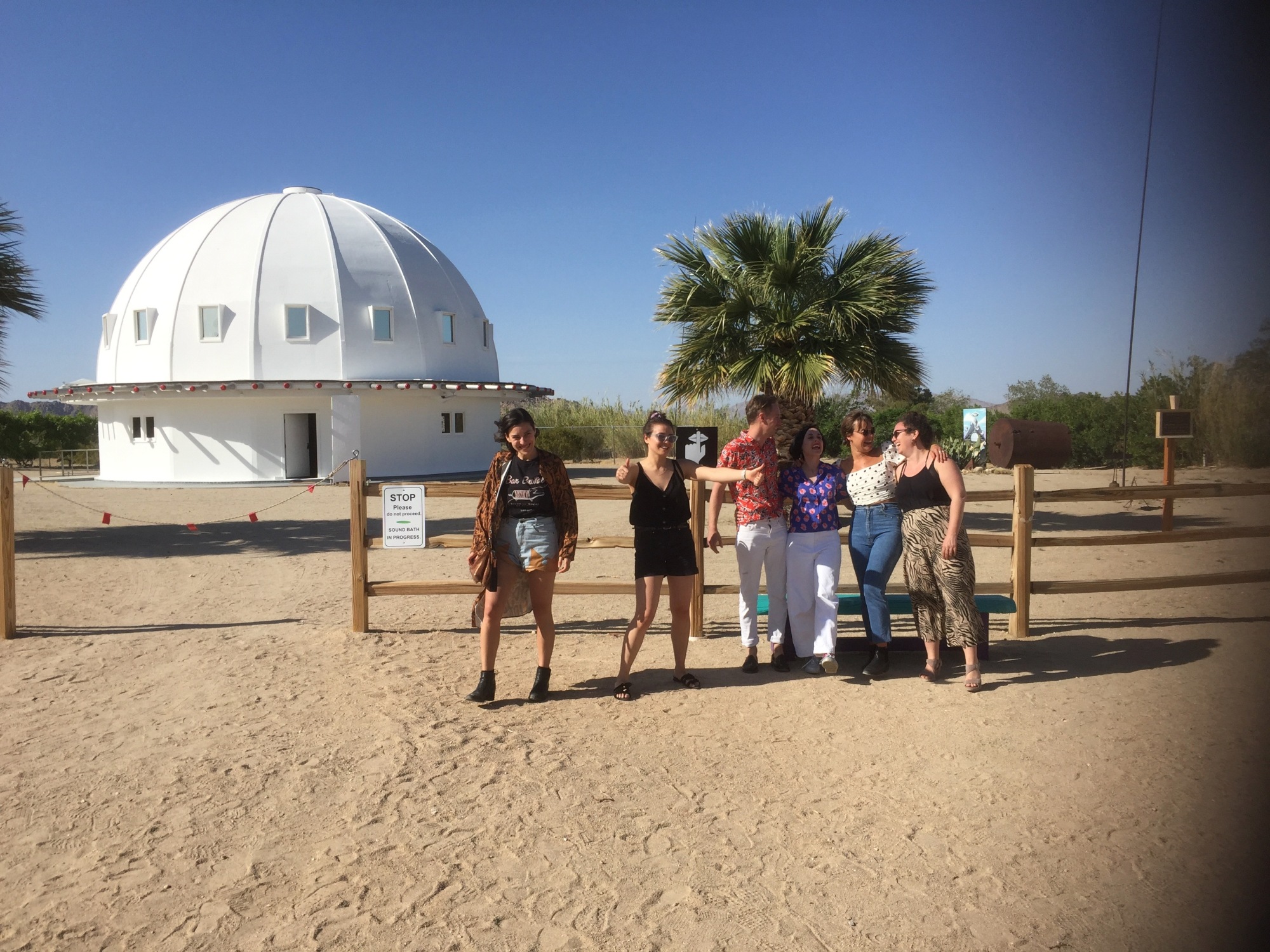 If there’s one thing I’d learned during three days in L.A., it was that you could learn literally everything about any American just by asking them ‘Hello’.

And yet, our wedding hosts still needed a sure-fire way ahead of the next day’s wedding to facilitate contact between the Australian and American guests.

How lucky that a town in the Mojave desert just outside of Joshua Tree is renowned for creating contact between aliens from different planets.

In the 1950s, George Adamski was contacted by the Venusians (people from Venus), thereby definitively answering whether intelligent life exists in the Mojave desert. He had proof too in the form of photos – just in case you thought George was talking not of Venus, but from his Uranus.

His work on extra-terrestrials has reverberations that continue to be felt – even if today those same reverberations are only felt in a very literal sense.

For it’s thanks to George that visitors can now enjoy the Integratron, a giant sound dome he built near the site of his alleged contact in the outpost town of Landers C.A.

With wedding guests having flown in from all corners, putting everyone together in a dome environment kind of made perfect sense.

What is a sound dome? Essentially, a place for relaxation where you go and lie down, close your eyes, and then be bombarded with intense sound waves emitted from a man playing quartz crystal singing bowls and Enya music three metres from your head.

Don’t laugh about it: the sound waves whizz around the dome with startling clarity. You can easily hear someone snickering on the other side as if they were mocking you to your face.

If the construction of the Integratron was ambitious (the structure contains no metal at all, as George’s alien friend told him these  interfere with interplanetary “thought transfers”), the endeavour of putting a bunch of raucous Australians (pardon the tautology) and quiet Americans (oxymoron) in a space that exponentially amplified any sound, was a bold mission indeed.

After one hour my head hurt, and many questions remained unanswered, not least of which was whether the gong drummer’s high school career’s counsellor had accurately predicted his profession.

And while I was no closer to knowing whether we are actually alone in the galaxy, one question had been definitively answered: what’s the best way to get Australian and American wedding guests to know each other? Put them together in a room and ask them to be quiet.