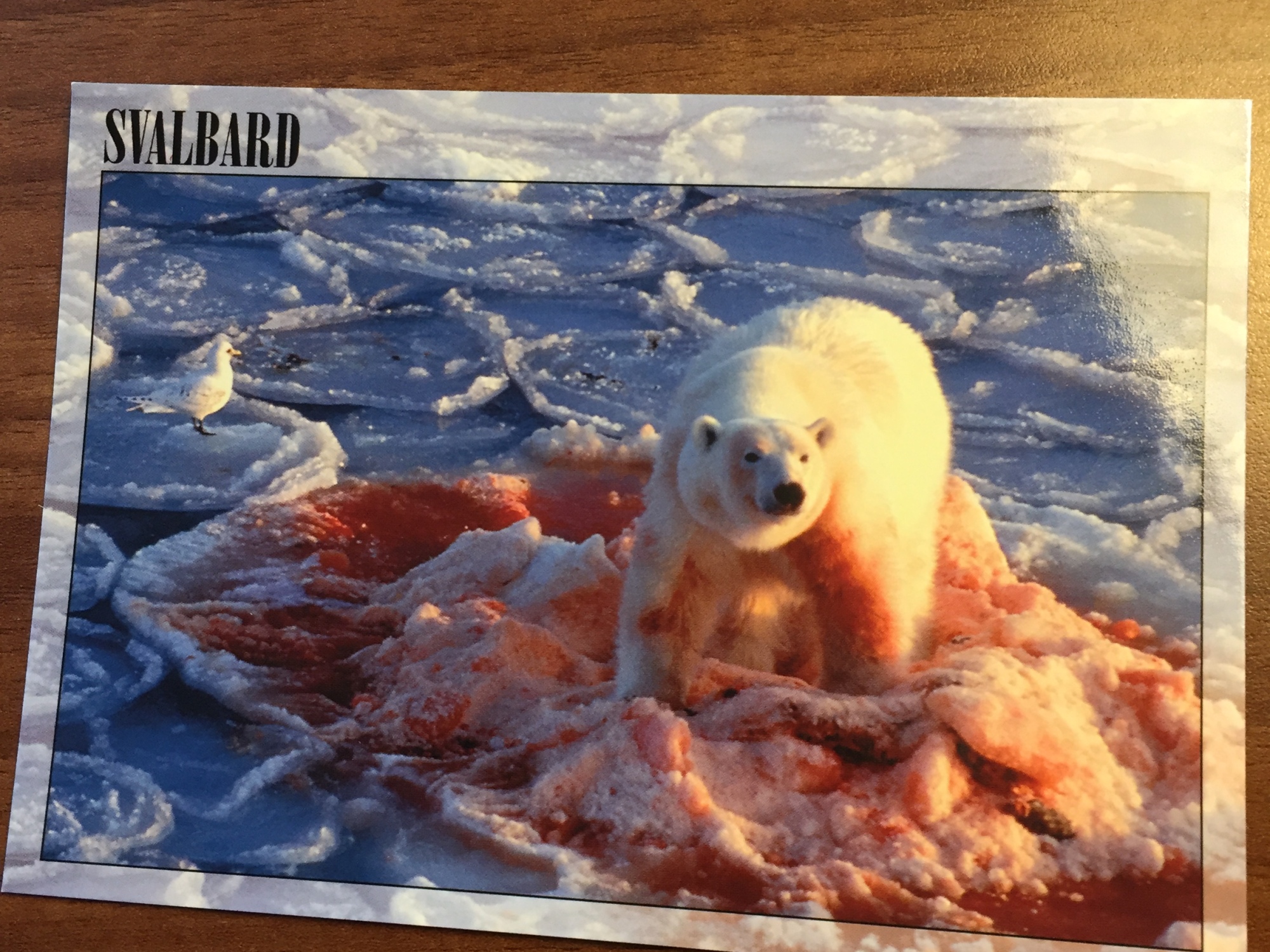 If you’re less inclined to eat highly intelligent mammals, then Svalbard does cater to vegans also.

Svalbard in Northern Norway is a place where the local restaurant might serve seal, whale and reindeer, but fresh vegetables are so uncommon it’s prohibited to even pick a wildflower.

This makes it an unlikely home for the Doomsday seed vault – a bank of 1 million plant samples from around the world. When I visited in June, the closest I came to seeing a Plant was a poster for the former Led Zeppelin singer Robert’s upcoming summer tour.

Assuming you’re not there to see a faded rock star playing the only venue he has a chance of filling out, there’s a good chance you’re there for the emerging foodie culture.

Remote it might be, but not even Longyearbyen is insulated from the Instagrammable food craze that has infected the rest of Europe. Anders Husa is just one influential foodie to have spruiked the local fare in recent months, while American Ben Vidmar is trying to boldly grow where no-one has grown before.

I was sat next to a Norwegian chef on the plane over, and on her recommendation booked at Polfareren, a modern cuisine influenced by Norwegian, French and Asian.

“You’re going to Polfareren?” the waiter in our hotel asked? “Make sure to try the seal carpaccio.”
“The menu I read earlier said it was whale carpaccio,” I said.
“Well, it depends on what comes in,” he said, adding: “But if it’s whale, make sure it’s as rare as possible.”

As rare as possible? I was in luck: just last week this white killer whale had been spotted last week off Canada – the first of such colouring seen in a decade.

As it happens, these days only Minkes are hunted. “You can’t just kill any whale you like,” the waiter added after some seconds’ thought. “It’s just that cooking the meat makes it tough and chewy.”

(Bowheads once populated the region to the extent that ancient whalers complained of them causing congestion for their boats, like an olden-days version of the Deep Horizon oil leak. They were decimated to within 0.1% of their stock so these days they prefer to keep a low profile, not least on endangered species lists, where the Svalbard population is critical.)

So Minke carpaccio for entrée it was. Given the size of the source material, the carpaccio came in a surprisingly small portion. Its pungent taste and oily texture, like a wagyu beef bred with an Atlantic salmon, had been drowned in a parsley sauce. They say drowning is a peaceful way to go, and I guess that’s especially true when compared to a harpoon.

Not to worry, the Spitsbergen IPA from Svalbard Bryggen 78° (the local brewery) was hoppy with a cleansing, pure taste. Its blonde beer meanwhile, at 7% is punchy enough to make its presence felt without overpowering you, or your palate at least.

But if you’re less inclined to eat highly intelligent mammals, then Svalbard does cater to vegans also.

Further down the main street, opposite a leather goods store that simultaneously turns polar bear skins into cheap-looking rugs, and a tidy profit at the same time, the Svalbar is large and welcoming pub with a decent – if student-esque – meal-time offerings.

If you want ketchup with your fries, you might have to wait 48 days – the time for the next shipment from the continent – but you’ll be served some garlic mayonnaise that does the job.

Or, grab yourself one of their homemade Svalbard dogs, or green dogs (the vegan alternative), if you want something that tastes delicious, while looking like it’s passed through a polar bear’s digestive tract.