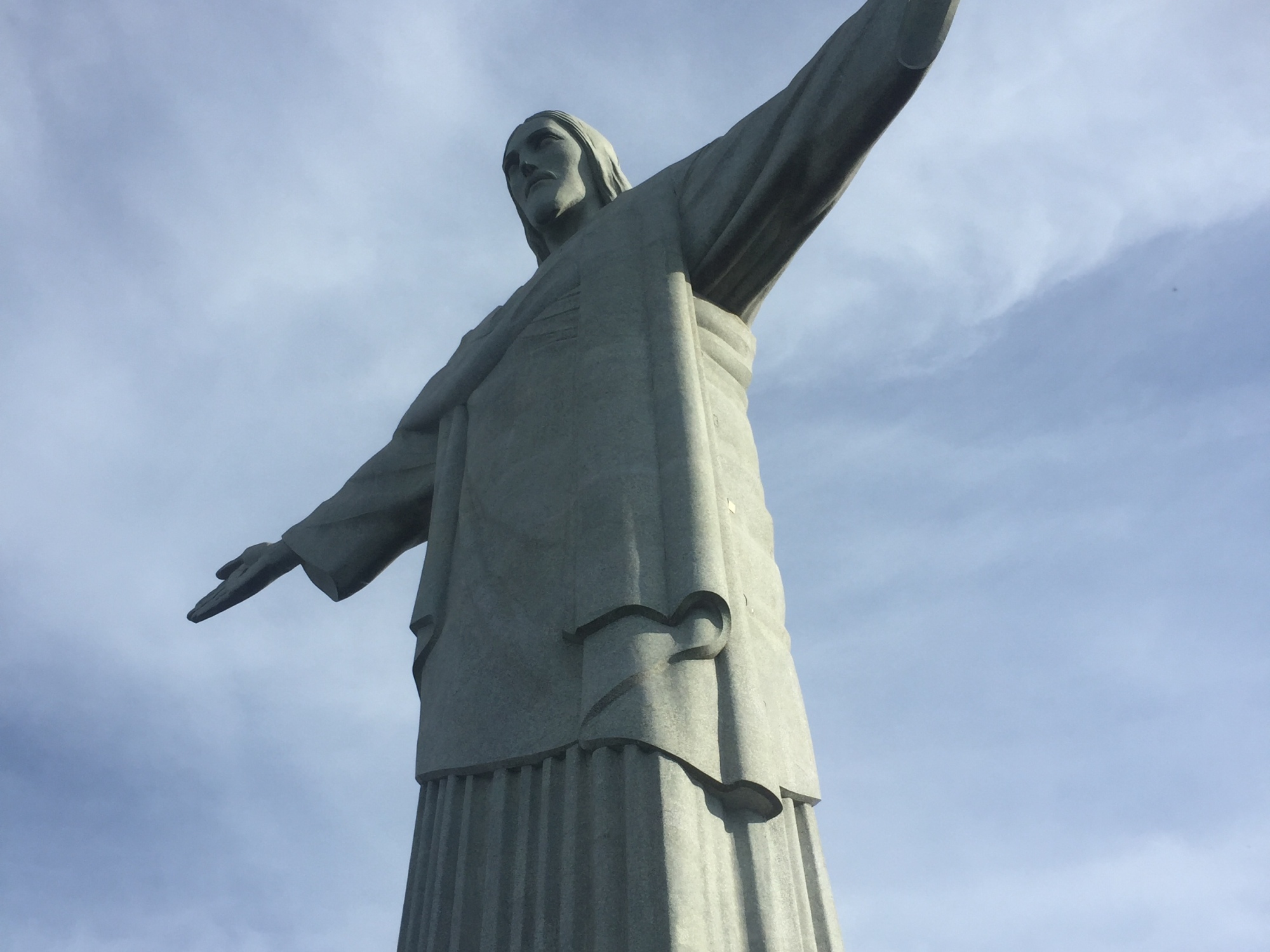 Rio de Janeiro has even more Brazilians than Sydney. But that’s not where the similarities end.

It was the middle of the football World Cup, and having been working in Sao Paulo (imagine if LA and Canberra had a lovechild…), I had flown up to Rio for a 36-hour look-see.

Arriving Friday noon in time to see Brazil’s quarter-final, I nabbed a plastic chair in a beach cabana on Copacabana and settled in for the show.

Since watching Australia bomb out in the group stage, I was looking forward to a team wearing yellow shirts that was capable of both kicking a ball and carrying a nation’s hope of winning.

Brazil’s team hit the ground running. Unfortunately this was in the literal sense. The crowd looked on with anguish as their various players rolled on the ground, playing for penalties rather than points. On a personal note, at least my beers and caipirinhas were going down with the same ease and frequency of Neymar Jr.

By the end of 90 minutes, as Belgium advanced to the next round, the prospect of me having an entertaining night had receded into the distance. Or so I thought…

A fun Sydney?
I plodded back to the hostel and met some Americans, Brazilians, and French pick-up artist who were headed to Centro in search of a roving block party.

“It’s as if an entire apartment block threw a party, then slowly moved up the street.”

(For Sydney-siders, think Mardi Gras but with the police targeting black people instead of LGBTI.)

We took the metro, the locals cautioning me to keep a firm grip on my valuables, and emerged close to a square where a large screen was playing highlights of Brazil’s past footballing glories – the footage ran out around 1998.

Despite bombing out of the World Cup merely hours ago, there was still a healthy turnout and ambience in the square. Locals danced with each other, standing in lines and forming tunnels with their hands before passing under them in conga-line formation.

The mood was similar to 2am at a rowdy wedding, except it was only 8pm, and the bride had eloped with a fellow named Belgium.

The conga line took us towards a warehouse dance party/beer-garden on the waterfront.

Inside by the food-truck stands the mood was dourer. The organisers had erected another large-screen TV, this time playing a panel show post-mortem of the Brazilian football team’s performance. As live TV events went, I would have preferred watching my own autopsy.

The hot topic of “debate” was whether the referee shouldn’t have penalised Belgium for a dodgy tackle on Neymar Jr, though debate would imply there was a divergence of opinion.

To non-Brazilians, given Neymar’s shameless diving throughout the tournament, the failure to receive a penalty kick was a case of just deserts. To Brazilians, there was only one explanation: “We woz robbed.”

A dangerous Sydney?
Speaking of being robbed, as we were leaving the venue, the American and his Brazilian wife were asked by security to turn their phones off and on again to prove they hadn’t stolen them. Apparently football games weren’t the only items of value being stolen that night.

Apart from petty crime and the occasional wave of violent favela murders though, does Rio deserve its reputation for being dangerous? After all, it was Sydney that killed off the nightlife for an entire generation.

Speaking of nightlife, it was 11pm, and since we weren’t in Sydney, there was still plenty of fun to be had.

We Ubered towards Lapa, where I left the others amid an intersection jammed full of partygoers spilling drinks and out of bars. I went looking for a different vibe.

The Rio Scenarium Pavilhão da Cultura  is a 3-storey curiosity parlour meets Samba club with live music, lively dancing, and the middle-aged otherwise reliving their youth. The entry fee was 45 rials; 45 also being the age of the second-youngest person there – a music therapist who I shimmied with before leaving her as the youngest.

Having trashed my body the night before, Saturday was the time to check out the healthy living scene.

This started with a coconut juice on Ipanema beach overlooking a clinic for beach foot volley-ball (a sport so self-explanatory that when I just googled it to find the correct name, I found my guess was 100% accurate).

Brunch-wise Rio can be much like Sydney, except the acai berries come without the attitude or the carbon footprint.

I’d wanted to go for a morning swim, or at least dip my head, but the waves at Ipanema were dumping with ferocity, and I barely dared go in above my ankles.

Instead I hired a bicycle and headed for the lagoon. To the uninitiated, Rio’s city has an exceptional position; several long-sandy beaches and a huge lagoon in the middle, hemmed in by mountains.

I was looking for the Botanical Gardens but instead found myself wandering through the Parque Lage, a lightly forested garden with replica Italian villa smack bang in the middle. I picked a trail and started walking. My wanderlust turned into wanderlost, as I soon realised I was heading up the 4km track to the top of the mountain.

I’d heard – yet again – that this trail was dangerous, and asked the park warden if this was so.

“The last robbery was November, four months ago,” he said, then made me sign my details into a theatrically large ledger book that fastidiously recorded everyone’s name, passport number, nationality and time of entry. The column for exit times was a long list of blank.

The tourists of Sydney
It’s called Christ the Redeemer, a statue I’d first seen in grade 4, but who’s likeness I’d last seen the previous night. In fact, I’d seen about 100 of him out the previous night in the form of generic Brazilian young men, all equally long-haired, well chiseled and toned.

Perhaps if he ditched the robes, the Christ statue would reveal Jesus to be just another vegan yoga bro scanning the horizon for a good time like all the rest of the <33-year-olds.

If the Christ statue stands out, it’s because He’s standing up. As opposed to every tourist, who are all lying prone on the ground trying to get the best selfie.

A tyre company was even supplying floor mats to allow the best shot. But for the ultimate in Jesus selfies, there was only one way to go: the 6-minute, 100 USD helicopter ride.

I raced down the mountain, hoping to make the sunset curfew for helicopter rides, incurring an enormous blister in the process. Alas, once back at the lagoon, there was no-one else to share the ride with yet, so I walked across the footpath to a bar to wait and see.

The local concoction was simple and refreshing: fresh strawberries, passionfruit, pineapple or kiwi, a liberal dash of cachaça or vodka, some sugar, ice, and a plastic straw. By the time I’d had four, the only sunset ride on my mind was the bike trip home I needed to make before dark.

As I rode home, I thought definitively how I would describe Rio in two words. Was it “Dangerous Sydney”? “Cheap Sydney”? “Fun Sydney”?

If I had to compare, I would describe it more simply: “Not Sydney”.