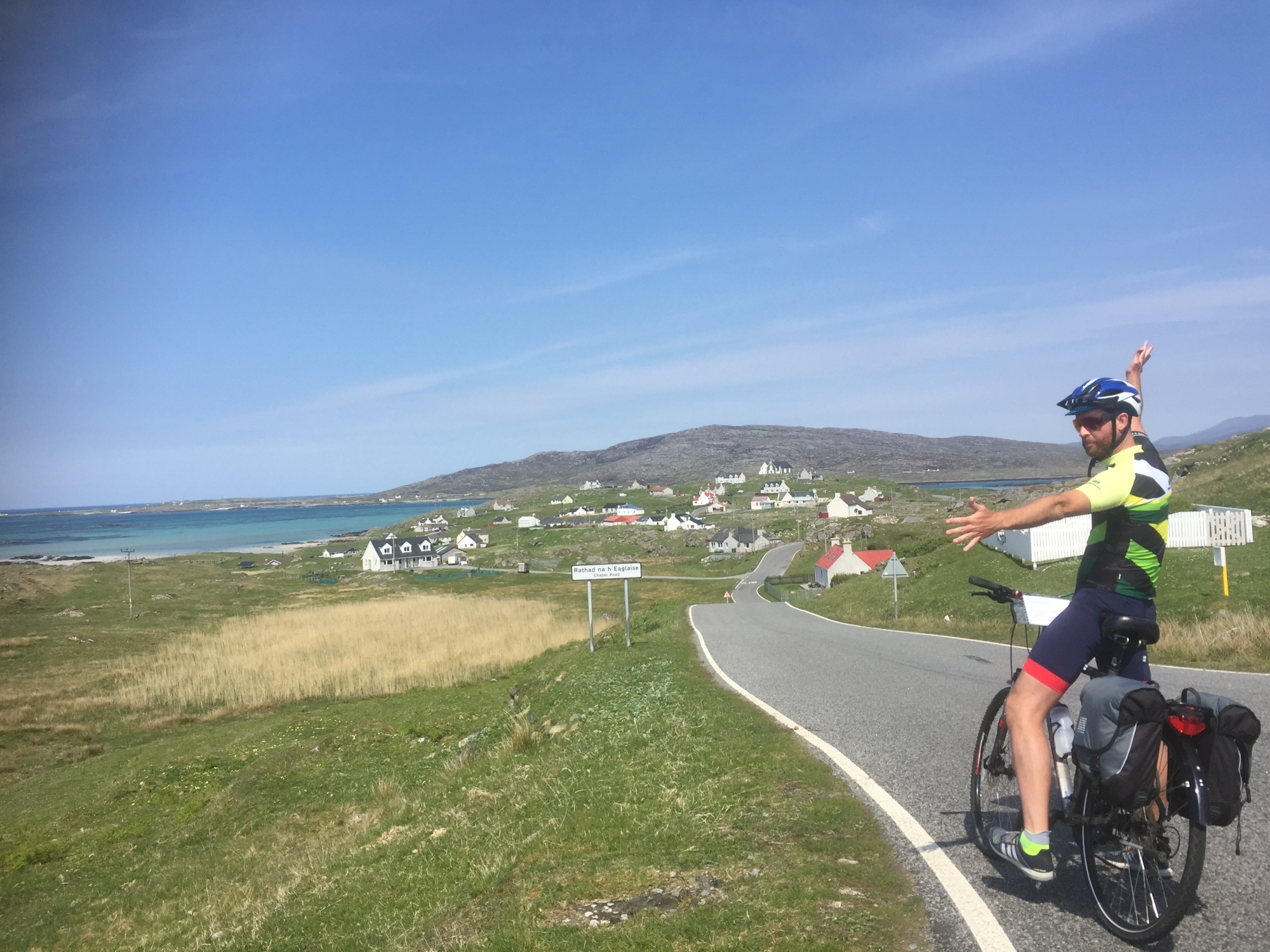 If mum’s bike puncture incident had been a let down, the short ferry trip was not. We saw some seals, and in the distance our final destination, the Isle of Skye, which for once was not shrouded in grey.

But seals and scenery only interest you for so long, and soon I was looking for other stimulation.

With my little eye, I spied our GCHQ friend on board. He was headed to South Uist where he would “stay a few days”. It was impossible to listen to anything he said without feeling suspicious.

To spare him the embarrassment of explaining why he’d deflated mum’s tyre, I turned to Britain’s favourite topic for changing a conversation. The weather.

Just like Brexit, everyone loves talking about it, yet nobody wants to do anything about it.

“The Skye isn’t in the clouds,” I said, realising it must have sounded like the first phrase of a code sentence.

But just then the ferry speaker blurted out that we were arriving, and he made an excuse and left for his car, in a hurry.

The isle of Eriskay was small but cute, with a long causeway connecting it to South Uist. “Otter crossing” said a sign at its start. Surely the most robust and expensive of its type ever built with EU funds…

South Uist, with its pastures and traffic, is relatively unremarkable in general. That said, for mum and me the island was literally relatively remarkable, being the birthplace of Flora McDonald, a Scottish heroine famous for helping King Charles evade capture.

As such, virtually every Scottish family, ours included, claims to have ancestry to her, even if some rumours suggest she never had children (though Wikipedia claims she did.)

Another point of interest on South Uist was the nature sanctuary Loch Druidibeag. We passed some bird-watchers sat outside their campervan in a carpark, who were waiting to see some eagles. And sure enough, there were two soaring above.

But also dominating the skyline was a mysterious dome on the mountain top. Not listed on the map, it was GCHQ long-range listening post. This part of the Outer Hebrides forms part of the RAF’s missile testing and tracking range.

What’s wrong with firing missiles, you might ask? The main damage caused by missiles to date had been to the hillside on South Uist, where opponents to the missile site built a hideously ugly statue, Our Lady of the Isles, as part of their resistance. As far as religious statues go, Christ the Redeemer it Uist not.

However, seeing the super secret military base made the last few days with the spy all make sense. Obviously that’s where he was headed.

Skye wasn’t in the clouds. The eagles had landed.