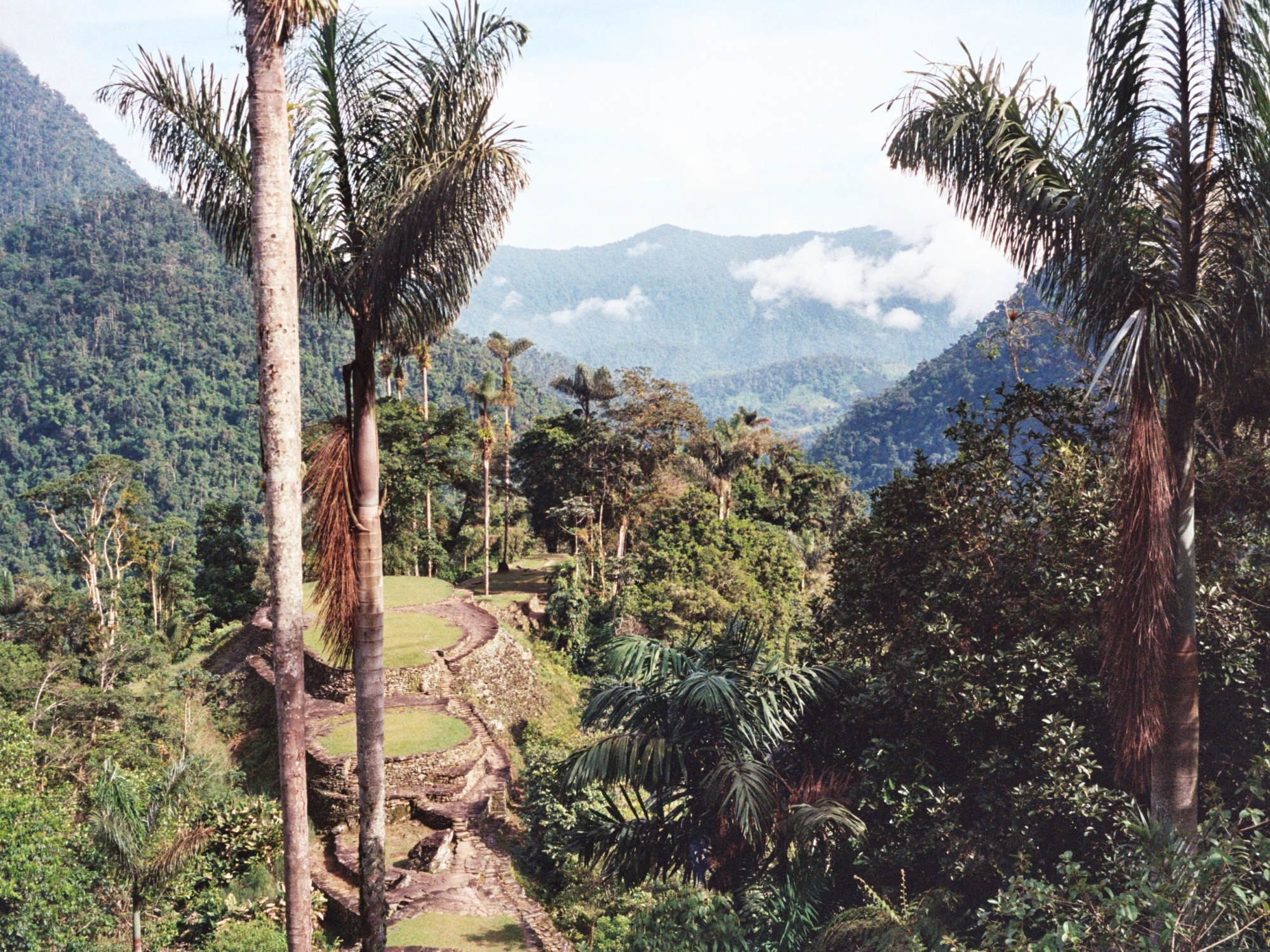 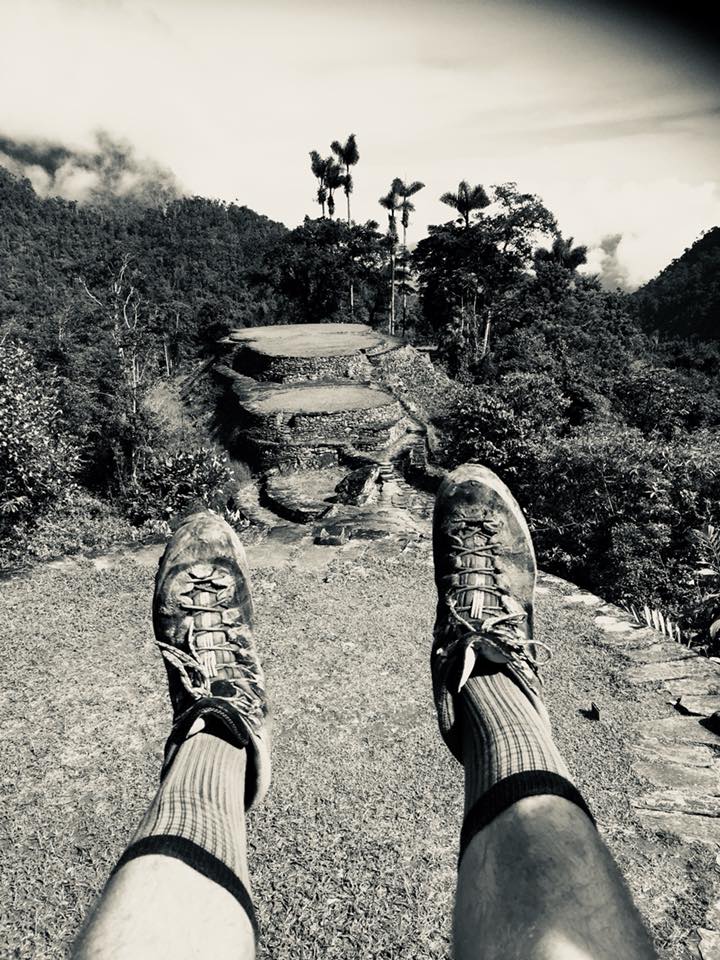 The Lost City trek in Northern Colombia usually takes four days to complete. Usually, because in 2003 a group of trekkers took 101 days after being kidnapped by the Marxist ELN guerrillas. Either that, or they got really FARC-ing lost.

Their experience was nothing compared to the Tayrona civilisation that lived there however; they spent 2,400 years there, until the Spanish arrived and expediently helped them ‘find’ God.

The site was ‘rediscovered’ in 1972 by tomb raiders looking for gold. And while never truly ‘lost’ to the local communities, nowadays it’s been well and truly found.

Up to 150 trekkers embark on the route each day, and the gold flows the other way: 30% of the tour price is distributed among local communities to promote sustainable living (read: not farming coca).

With a military encampment now situated directly above the ruins, the risk of kidnapping is close to none. But that’s not to say the trek is without other dangers.

Running of the Bulls
Those who thought only drunk Australians in Pamplona could run with bulls, have yet to experience the Colombian version.

The first leg of the trek is an ascent up a dirt road, a steep embankment on one side and a ravine on the other, shared with local cowboys taking herds of cattle to the mountain pastures.

Sometimes the animals break free, and just like the tour operators, they charge like wounded bulls. A few years ago, 6 tourists were hurt by one animal alone.

Mules
Time was in Colombia that mule still actually meant an infertile donkey-horse hybrid. These plod along the Lost City track each day tied nose to tail like a donkey centipede, carrying up to 100 kilos of gear – and that’s just on the outside. While usually placid, wander too close behind and they are liable to kick out a hind leg.

Watering holes
The track follows mountain streams with many swimming holes and waterfalls. The most picturesque is at the camp on first night, a natural rock pool with a three-metre ledge you can safely jump off.

It also has also a six-metre ledge you can easily slip off. One girl caught her leg upon leaping off and cartwheeled down the cliff face. While she fortunately avoided head injury and certain death, she unfortunately did not capture it on Go-Pro.

Other tourists had not been so lucky: a Frenchman had broken his neck diving off here a previous time, while another had broken his back jumping in at a different spot.

Accommodation
The campsites each night came with all the creatures, if not always the comforts. Our toilets were shared with frogs, spiders and the risk of snakes, and our mattresses with bed bugs.

The first night’s camp beds smelt like Battersea Dogs Home in the jungle. A young Dutch couple opted to sleep in hammocks, which was more hygienic once they’d removed the used tampon found within.

Colombia marching powder
As mentioned, part of the trekking fee is returned to locals to incentivise them not to harvest coca, the source material used in cocaine. Despite government efforts, Colombia’s coca production is at its highest point since 1994.

Around the Lost City local communities mix the leaves with ground sea shells to use in initiation ceremonies for adolescent boys, and for sustenance to walk long distances without food: it is literally a marching powder.

When I took some one evening as part of our ‘cultural awareness’ aspect of the trip (no, seriously), my lips went numb and I lay restless for two hours in bed listening to the rain.

Us being jerks
We were searching for a lost civilisation, but at some point civility too got lost along the way.
On day 2 we met our first group returning from the City, as the track is one route in and out.

“Just 10 minutes!” said one trekker as we passed, struggling up an interminable muddy slope. It was 50 minutes before we made the top of the hill, and then another hour to the camp.

When it was us on the return, we knew what to do. .

“Just 10 minutes!” we said, giggling, to a sweaty older German man, who had at least 1.5 days to go of the trek, and looking at him, less of life. The ante was soon upped.

Changing tack, we started to speak aloud snippets of false conversations as we passed each new walker. These soon took a dark turn:

“They say she was attacked by a machete.”

“The snake was in the toilet. He couldn’t escape from it.”

“Taken by a jaguar. Who’d have thought…”

The worst though was asking the solo Dutch girl whether she’d liked the Lost City.

“What do you mean? I haven’t reached it yet.”

“You should have, it was back there…” A look of horror on her face, she hurried off to reach her group and tell them there’d been a big mistake.

It’s a well-worn trope of backpackers to say that “It’s not the destination, it’s the journey,” that matters.

Well, in the Lost City, it’s definitely the destination. Unless you’ve been kidnapped, at which point the return is also important.