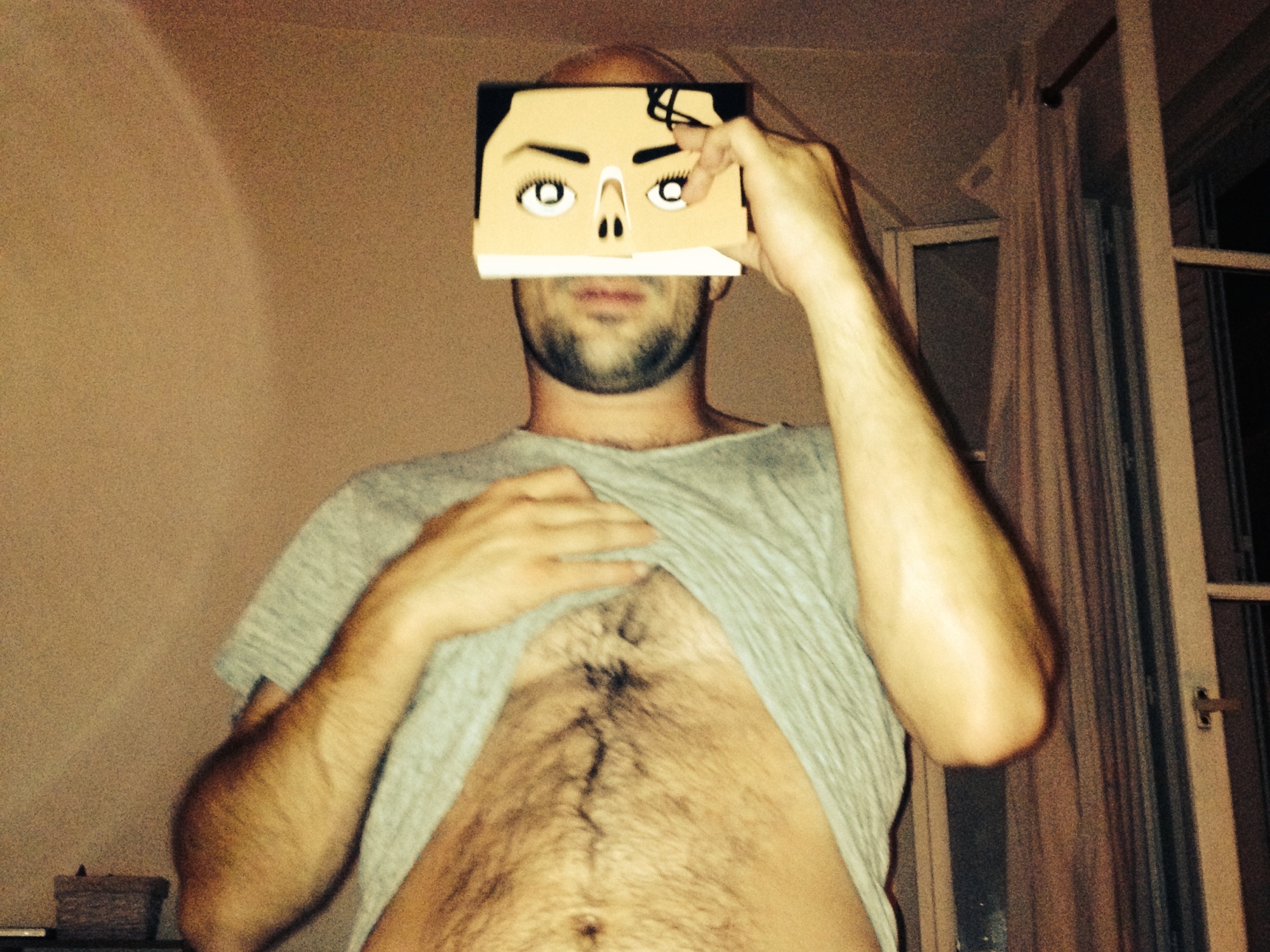 Toilet paper on the shoe, lettuce in the teeth, snot in the nostril: the minor day-to-day embarrassments you just wish someone had told you about.

In France I make it my community service to tell acquaintances if they might be embarrassed by a personal grooming issue.

This approach has yielded different results, though I like to think the victim later comes to thank me for it.

Perhaps one exception was my boss at the Ayers Rock Café in Montpellier (and in future I’d recommend against pointing out grooming flaws to people with vanity complexes).

Back then, on my first day of work, I was not to know the extent of his ego. Though his buffed waxed chest that he ripped out at any possible moment each night, and black Mohawk – sadly dandruffed (is this a word?) – should have raised multiple red flags. (I also suspected he had a raging habit, usually indicative of low self-esteem.)

And indeed, it was this large schnozz which was the undoing of our relationship. On day one.

I’d arrived shortly before 4pm for my shift – or my “shit” as I came to refer to it – during which I would restock drink mixers and ice, replace beer kegs, and scrape chewing gum off the wooden floor. It was just the type of job a journalism degree opens doors to in the Internet age.

At 4:15 he sailed in, accompanied by his faithful companion, “Juan” the dog, a loyal white Labrador who would later die of an alcohol-related heart disease.

I also later found out the dog’s name was “One”, named after the owner’s love of U2 – and bugger me if in Bono he hadn’t found someone with an even bigger ego than himself.

“Hi!” I said enthusiastically, for it was my first day in a new job and I wanted to make a positive impression.

He was in fine spirits, evidenced by his Mohawk pointing high, and, I imagined, wagging vigorously.

But now looking more carefully at his face I realised he had what Swedes refer to as “a bat in the cave”.

“Umm,” I said, “I think you have a something,” I said, pointing to his nose and making a rubbing gesture.

He took a moment to realise what I was referring to, then shot me a vulnerable look, like a hurt puppy.

“Ehhr, thanks…” he muttered, before scurrying off to the bathroom. It must have been unusual for him to use the bathroom to remove something from his nose, I later realised.

The damage to his ego done, so too was it to our working relationship, and the next 10 months were quite the pain. And those spiky black spots of hair dye were the only tips I ever did see.

I digress. Skip forward to this year, and I’d well and truly learnt the side of the bar I prefer to be on. It being a glorious Sunday evening, my friend and I were sharing a beer on the seating outside the Cork and Cavan – an Irish bar that’s popular yet so dingy inside that it can crush the summer out of any nice day.

The waitress was friendly, good-looking and wearing a low-cut top. We had what I thought was a good rapport, so much so that when she came to serve our second round, I noticed she had a hair out of place.

Quite far out of place in fact: a short and curly had found its way to her bare chest. She’d probably be embarrassed about that, I reasoned.

Deciding that my commitment to community service was more important than being seen to be ogling the poor girl’s enormous breasts, I motioned to her chest – above the boob line – and said “Oh, excuse me, but I think you have a hair there.”

Surprised, she looked down, felt her chest and pulled it. It didn’t detach. “No, that’s normal, it’s my lucky hair, I’ve had it forever,” she replied.

Lucky for some, but not for me who was now left to wallow in embarrassment and with no-one to save me.