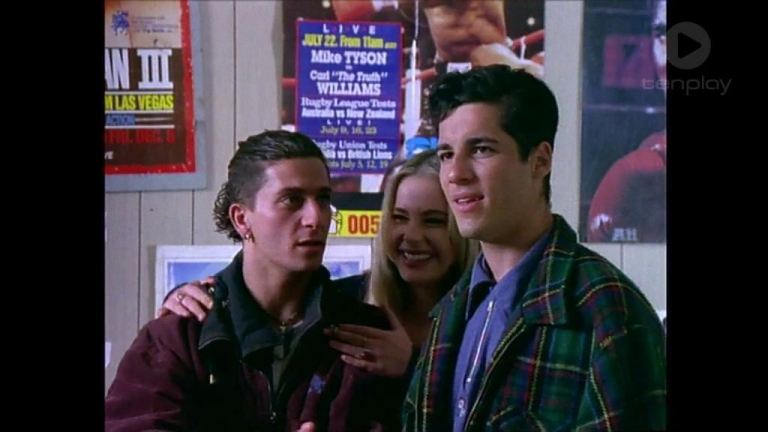 The last time I saw Alex Dimitriades’ name it was mentioned just before “and Kylie Minogue’s former publicist” in a write-up of who was who at The Iceberg’s NYE party washup 2015. Ouch.

But if Alex’s star may have waned (or wanked, perhaps, given the Icebergs crowd) in Australia – the show that made him big – Heartbreak High, is still popular in France.

Just what was going on in France in the 1994 to allow for Heartbreak High – or “Hartley coeur a vif” – to strike the same kind of chord that Canada’s Degrassi Junior High did for a generation of Australians?

A family holiday to Paris around that time revealed a country still in the thrawl of mutton wool-lined denim jackets, and where Euro Disney was only starting to feel passe.

In Australia, Heartbreak High bravely sought to depict the multicultural reality of inner-city state schools in Sydney and Melbourne.

I say ‘bravely’, because, let’s face it: Neighbours and Home and Away were vastly more popular and the only gesture they made towards inclusion was using occasional actors with red hair – and Bobby famously got killed in THAT boat accident.

(Times have now changed, and it’s possible to see “Australians of Asian extraction” on these two popular soaps, providing they speak with propa-Aussie-accents™.)

So, was it a yearning to learn what multiculturalism and integration means in other countries that made ‘Hartley’ so popular?

20 years later and ethnicities in Paris are as marginalised as ever. Inner-city workplaces remain white dominated, while black and Arab populations toil in the hospitality and service-related jobs.

With any number (literally any – France keeps scant race statistics these days, having learnt its lesson post 1945, albeit probably the wrong one) living outside the Paris city limits, the word “ethnicity” itself seems more and more an oxymoron.

Luckily there’s a more simple explanation, which any girl around the age of 30 will tell you immediately.

And no, it’s nothing to do with Alex Dimitriades, but rather his erstwhile friend, played by Callan Mulvey.

“Hartley coeur a vif? I loved that show. Drazic WAS HOT!”